The cross on St Croix Island is a replica of one left by the Portugese explorer, Bartolomeu Diaz, way back in the 1488. St Croix is the largest of the three islands off Hougham Park. The other two being Brenton and Jahleel. 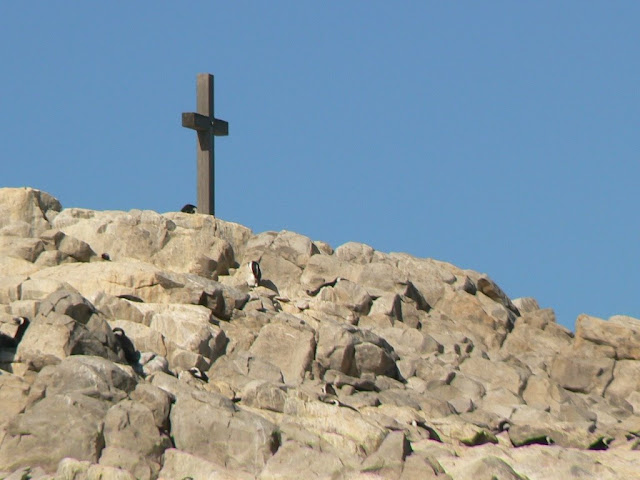 Joshua Slocum talks about Algoa Bay in his book 'Sailing Alone Around the World':

The early Portuguese navigators, endowed with patience, were more than
sixty-nine years struggling to round this cape before they got as far as Algoa
Bay, and there the crew mutinied. They landed on a small island, now called
Santa Cruz, where they devoutly set up the cross, and swore they would cut the
captain's throat if he attempted to sail farther. Beyond this they thought was
the edge of the world, which they too believed was flat; and fearing that their
ship would sail over the brink of it, they compelled Captain Diaz, their
commander, to retrace his course, all being only too glad to get home. A year
later, we are told, Vasco da Gama sailed successfully round the "Cape of
Storms," as the Cape of Good Hope was then called, and discovered Natal on
Christmas or Natal day; hence the name. From this point the way to India was
easy.