Still on a high

There is a man in Port Elizabeth who is both passionate and very knowledgable about marine life in Algoa Bay. His name is Lloyd Edwards, and he owns an operation called Raggy Charters. Lloyd is involved in all sorts of marine conservation, education and research projects, and in order to fund these, he has written a stunning book called Scenes from Algoa Bay, full of photos he has collected over his years of boating in the bay. In addition, he offers charters around the bay to the public.

Max and I have been wanting to go on one of these for ages, and had decided that we would treat each other to a 3 hour whale watching and island cruise for each other's birthdays. We have been waiting for the right time, as far as available free time, weather etc is concerned, and today was it! So early this morning we set off to the yacht club, and off we went on the Orca 2 catamaran.

Over the next few days we'll share the journey with you, but we just HAVE to start with the high point, when we spotted two Southern Right Whales swimming very close to the shore between Coega and Bluewater Bay. 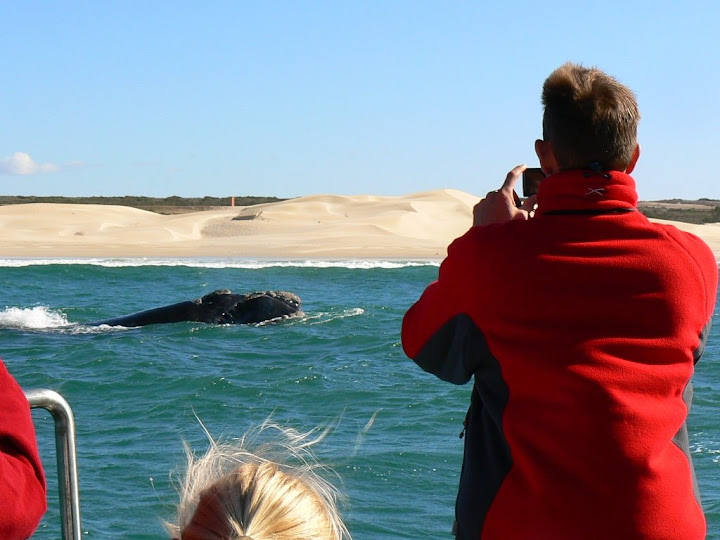 You can see from this picture how close we were able to get to them. 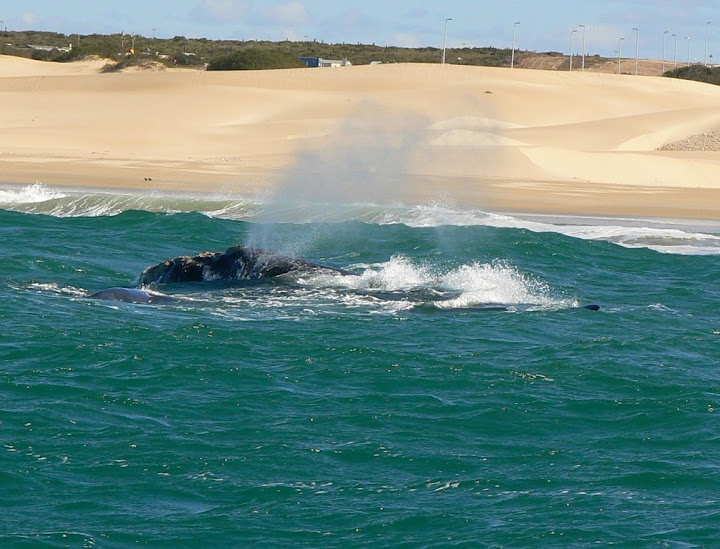 If marine life interests you, watch this space, because very soon we plan to launch a guest spot for Lloyd, called Marine Monday, where we will feature photos and articles and news updates from Lloyd in his trips all over the bay.
Posted by sam at 6:47 PM