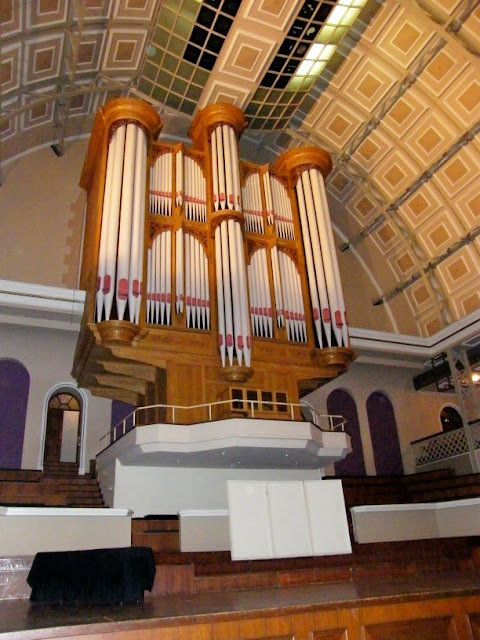 The organ in the Feather Market building was originally meant to be housed in the Town Hall. A fund was set up for such an organ through income derived from concerts and the hiring out of the Town Hall. In 1882, Norman Brothers, and Beard of Norwich, built an organ specially for the Kimberly exhibition. This was the biggest and most powerful instrument heard in South Africa at this time. The organ was offered for sale at the Kimberly exhibition. Mr Benson, who was spokesperson for the builders of the organ in South Africa, advised the Council on this purchase for the Town Hall. Mr Benson found the Town Hall too small, but the Feather Market Hall big enough to house the organ. The organ was first played on the 15th of June 1893. Roger Ascham, the municipal organist, gave more that 1 000 concerts on this organ between 1895 and his death on the 31st of March 1934.
I got the above information here.
Posted by Unknown at 5:00 PM