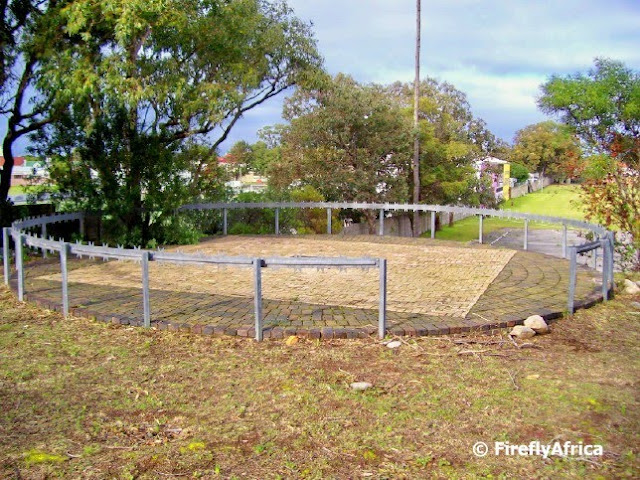 Kemsley Park next to the SAP sports fields just off Mount Road was one of two Anglo Boer War concentration camp sites in Nelson Mandela Bay. The other one is situated just outside Uitenhage. Roché Petersen has pointed out to me in a previous post that the dead from the concentration camp was buried in the North End Cemetery where there also is a memorial. I haven't had a chance to pop by there to check it out, but hope to do so soon.
Posted by Firefly the Travel Guy at 3:00 PM