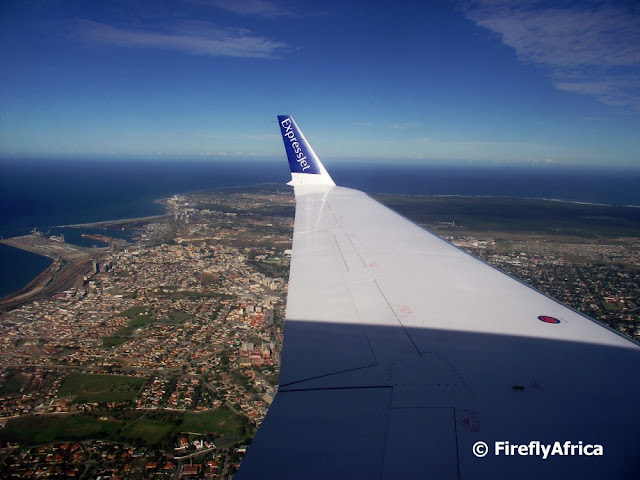 I spend a couple of days in Durban last week taking part in the annual Tourism Indaba. On the way back I had a window seat for a change (I prefer an isle seat and normally get one) and wanted to take some photos of Port Elizabeth as we were coming in. For some reason I was a bit slow to get one of the main beachfront (I was probably admiring the view too much), but got this one as we were crossing town to come in for a landing from the west. I was sitting on the wing... well not literally on the wing... so had to include it in the shot.

For more pictures of and from the sky, visit Skywatch.
Posted by Firefly the Travel Guy at 3:00 PM