A braai with Drama Princess 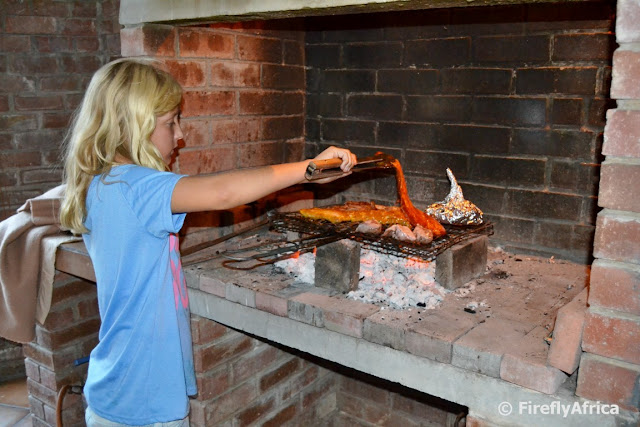 Last weekend I was tiling in the kitchen and at some stage during the afternoon we realised that we just won't be able to braai and will probably just get something quick to eat.  Drama Princess wanted nothing of that and packed the wood, lit the fire and braai'd the meat.  Today we've been busy packing the kitchen stuff back now that the cupboards and tiling is done and she insisted that she will braai again.  And she did.  All I did was clean the grid, prepare the coals for her to put the meat on and check that everything is cooked before she took it off.  She did the rest herself. How proud can one dad be of his 11 year old daughter.


I know this isn't a typical PE Daily Photo post but I just had to share this.
Posted by Firefly the Travel Guy at 9:59 PM