Then and Now - The Beach Hotel 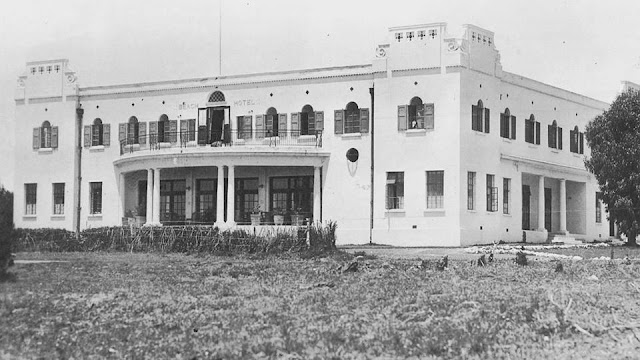 Yesterday morning Errol Somerville posted two old photos of the Beach Hotel on the Friendly City of Port Elizabeth Facebook group.  The first one dates from round about 1924, the year the hotel was built.  I went to have a look on the Beach Hotel's website to see if they had any history about the hotel on there and found the following:

It is believed that the original Beach Hotel and surrounding area belonged to Piet Retief and his family.  His home, a tennis court and servants quarters stood on this ground.

Tenders for the proposed Beach Hotel were called for on 22 June 1893.  The wood and iron structure was designed by architect George William Smith.  Construction progressed rapidly and on 16 February 1894, the hotel was officially opened with a grand luncheon party.  The first Manager was Mr. Edward Steinmann.

Then, sadly, at 5 o’clock on 1 December 1915, the hotel went up in flames.  Townsfolk rushed to witness firemen desperately fighting the fire which destroyed the entire building within an hour.  In 1922 Humewood was ripe for development after the Marine Drive was completed.  Mr. Bill Poole immediately took the option on the first hotel site and built the second Beach Hotel.  The building was completed in 1924. The hotel changed hands several times and was later bought by a Mrs. Lupping at an auction for £46 000.  Wilfred Guscott bought the hotel from the Luppings, and his nephew, Roy Lombard, bought it in 1958.

Mr Lombard brought about the first alterations to the hotel when he elevated it to the first three star hotel in the country.  It is now a popular family run hotel  which welcomes holidaymakers and businessmen alike from across the world. 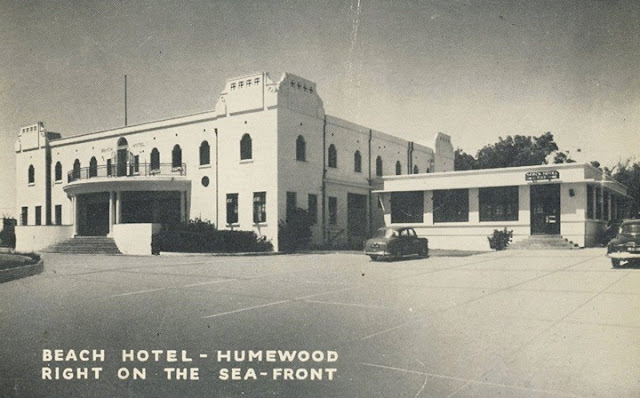 The second picture dates back to the late 50's or early 60's and I guess was taken just after Roy Lombard made the alterations. 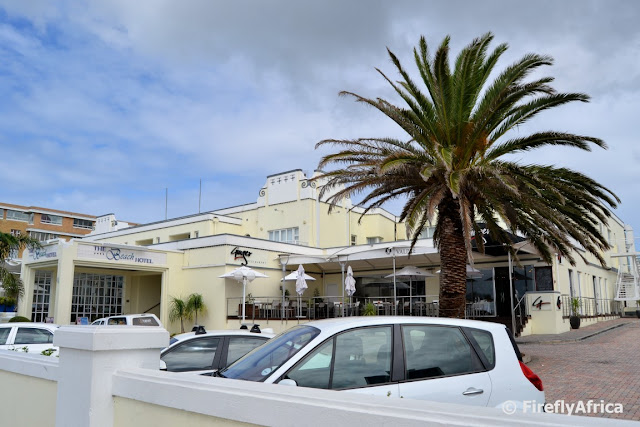 My car was in for a service yesterday and while waiting outside the Beach Hotel for the shuttle to pick me up I decided to snap a picture of the hotel as it looks now for a comparison.  I tried my best to get a good picture from a similar angle which wasn't easy with the boundary wall and parking area in the way.  It's pretty close though to make a Then and Now comparison. The outside building that was used as off-sales back then is now a restaurant in the form of Ginger. The entrance has changed and there is no more balcony (which is a great pity as the view would be awesome) while the Verandah restaurant has also been added since back then.
Posted by Firefly the Travel Guy at 2:30 PM