Then and Now - Trinder Square 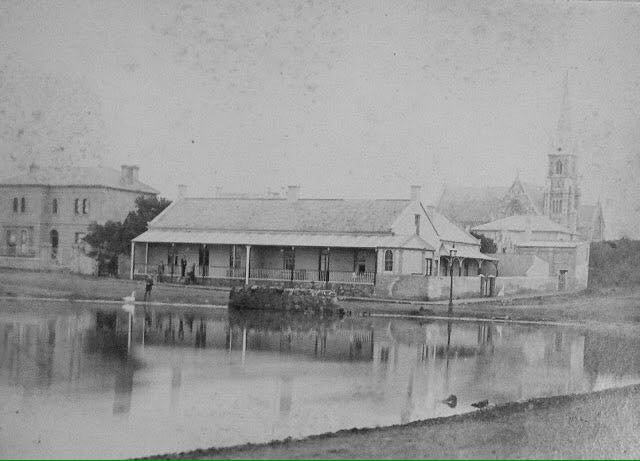 Back in the early days of Port Elizabeth there used to be a vlei area where Trinder Square in Central is located today.  The "Vlei" was a natural drainage point and in the early and mid 1800's it was used to provide water for animals with a lot of farmers coming to do business at the market square bringing their animals here to drink.  The Garrison Company's gardens was also laid out on the western side of the vlei.  The vlei also was made deeper over time as the clay was used to built roads in the vicinity. 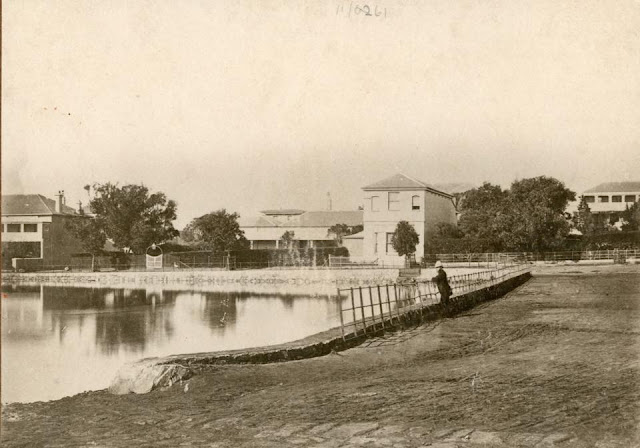 In February of 1883 the vlei was drained and in June of the same year a wall with iron railings was built around the area.  I got most of the info from Margaret Harradine's Port Elizabeth, but the book doesn't give the reason the vlei was filled in.  My guess is that the rich folk who moved into and built mansions in the area didn't quite like the animals being watered here.  In particular perhaps the bad smell. 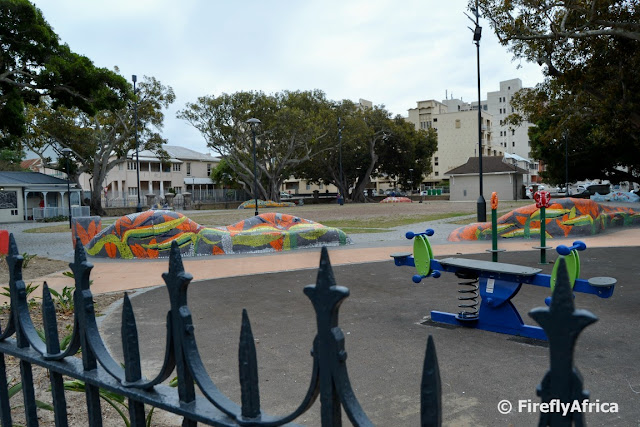 Today Trinder Square is a popular spot where youngsters from the surrounding flats come to play soccer.  The park has recently seen an upgrade making it part of Route 67.  Mosaic covered benches has been built to represent the exposed roots of the old Wild Fig trees that grow around the park while play equipment has been installed in the south-east corner of the park.
Posted by Unknown at 11:43 PM