Then and Now - Lower Baakens Valley 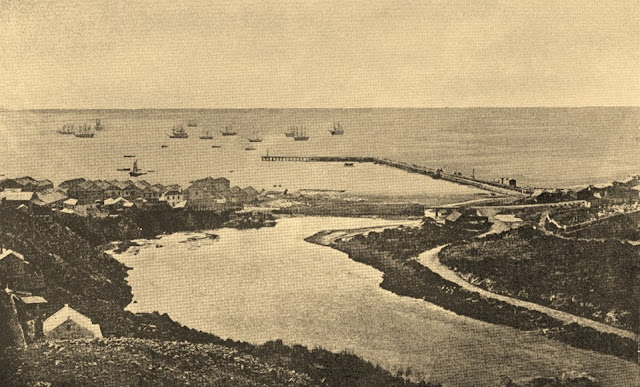 Way back in the early days when the first ships started coming past our coastline they used to sail into the bay to get fresh water in the lagoon near the mouth of the Baakens River.  The Baakens River got it's name from the Dutch East Indian Company beacon that was placed at the fountain below Fort Frederick from where sailors could collect fresh water from for the ships.  The fountain later supplied water to the early settlement that later became Port Elizabeth.  In April 1851 a wooden tank was built over the springs on the south side of the lagoon and pipes carried the water beyond the surf to a water boar from where ships were supplied with fresh water.  In December 1857 the old wooden tank was replaced with a stone tank. 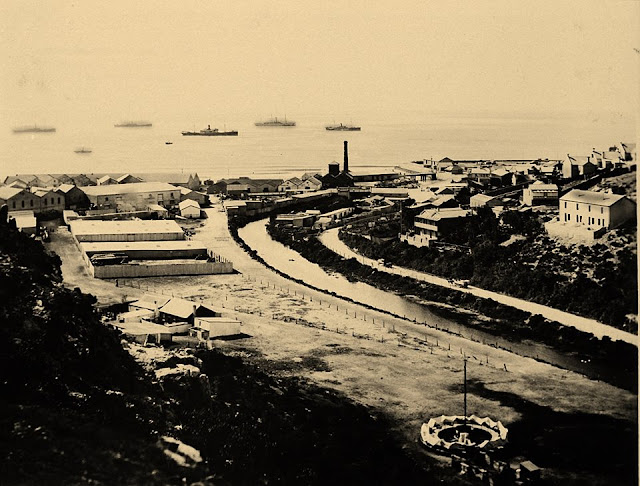 In July 1864 the municipality narrowed the channel of the Baakens River and reclaimed the land where the lagoon was located.  The reclaimed land was divided into plots and sold off with the money being used to buy the land on which Victoria Park is located today. 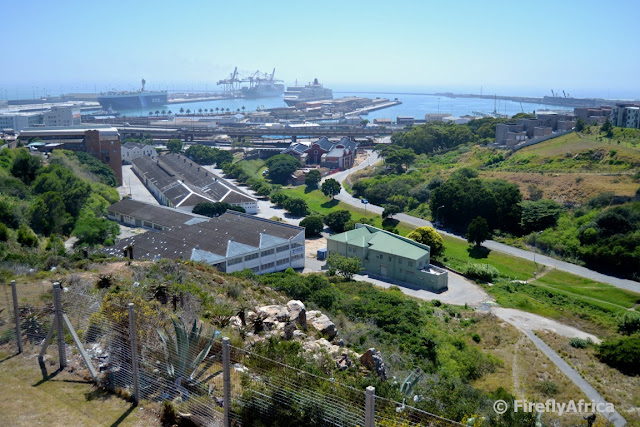 The Now photo was taken from the top of Fort Frederick and you can barely see the very narrow channel that the Baakens River is contained in now.  The Tramways Building, currently being renovated by the MBDA, can be seen right in the middle of the picture where the road bends with the Baakens River Mouth just to the left of it.  The river, of cause, flows into the Port Elizabeth Harbour

The historic information in this post was taken from Margaret Harradine's excellent book Port Elizabeth.
Posted by Firefly the Travel Guy at 10:06 PM