Then and Now - Target Kloof 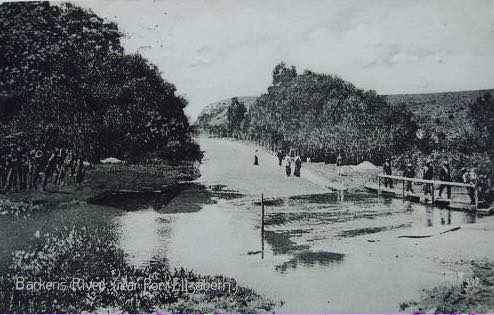 I am sure all of us who live in Port Elizabeth drive through Target Kloof between Walmer and the Central / Cape Road area every now and then.  Some on a more regular basis than others.  But do we ever think about the history of the road and area? Probably not.  So here is a tidbit of history.  Although I couldn't find any info on where Target Kloof got its name from, I have found that on 22 April 1896 it was decided at a Town Council meeting that the Divisional Council's proposed plan to build a road through Target Kloof from Port Elizabeth to Walmer was approved.  The road had to be 60 feet wide, fenced and maintained by the Divisional Council.  By November of that same year the old road through the Mill Property was closed.  The Mill Property, by the way, is where Thomas Gubb who was the owner at the time, got permission to have Xhosa huts built in 1863.  Although he sold the land in 1867, the area was still known as Gubb's Location and was later owned by the Mill Park Estate and Land Company.  The location was closed by the Plague Board in 1903.  But I'm digressing.  It's interesting that the picture says the Baakens River near Port Elizabeth but also keeping in mind that back then this would have been outside of the town of Port Elizabeth. 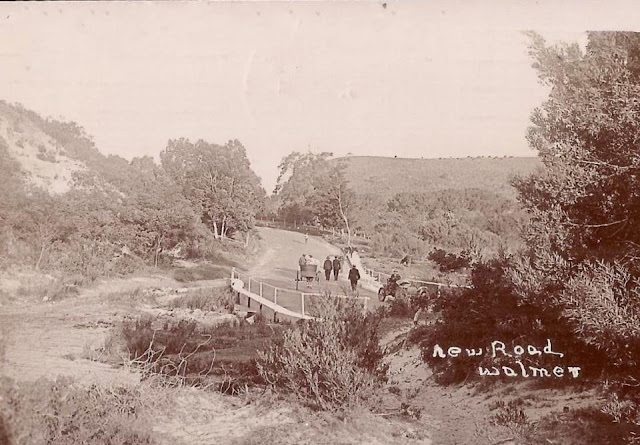 I really like this second picture.  It's a lot clearer than the first.  Notice the horse drawn carriage heading towards Port Elizabeth and the very old car heading towards Walmer.  Something else to note is the footbridge on the left of the road, probably for when the river was high and people needed to cross. The hill in the background is where Wellington Park is today.  This time the picture is marked as "New Road, Walmer". 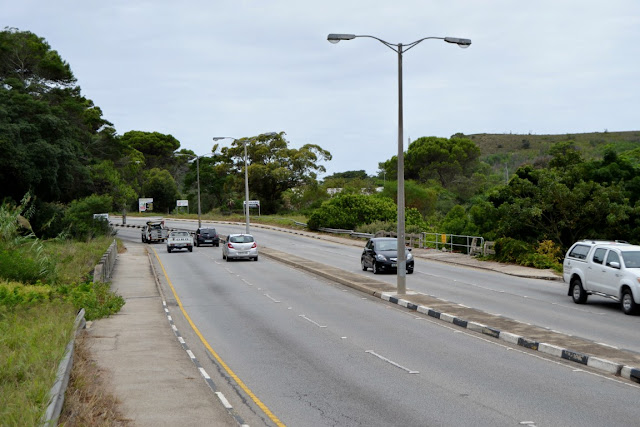 The road through Target Kloof as it is today.  Still quite wide (there was too much traffic for me to see if it's 60 feet or not) and fenced in in some areas.  Unfortunately not as maintained by the council as it is supposed to be, but still one of Port Elizabeth's busiest thoroughfares. I think I got pretty close to the same spot as the second picture was taken from when you compare the hill in the background.  Now if I can just figure out where the name Target Kloof came from.

Update (17 March 2016) - As far as the name goes, word is that there used to be a shooting range on the Port Elizabeth side of the valley near the then Gubb's Location and the locals started to refer to it as Target Kloof.

I got the two two historic pictures of Port Elizabeth groups on Facebook and they unfortunately had no credits attached to them.  The historic information was gathered from Margaret Harradine's book Port Elizabeth.
Posted by Firefly the Travel Guy at 10:46 PM