Continuing our little jaunt down Marine Drive, we pass the grounds of the University. Previously known as UPE, it recently amalgamated with the nearby Technikon, and the two are now together known as Nelson Mandela Metropolitan University, or NMMU for short. 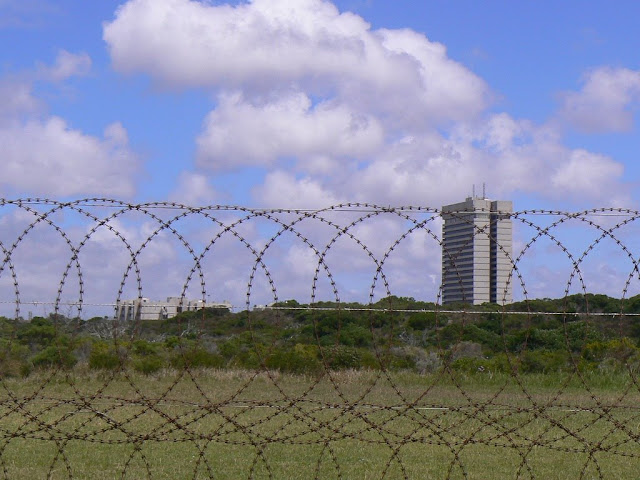 The buildings are a classic example of what is now called "brutal architecture", the raw concrete edifices that were considered the height of modernity in the 70s. They are very spread out, the original intention was to have a built in transport system, but this never materialised. The buildings are set in a large nature reserve, protected by the ubiquitous security fencing. They have done a good job of clearing the alien vegetation and establishing indigenous plants to stabilise the sand, and there is quite a selection of wildlife to see as you drive past. (we tried to capture some springbok for you, but they were a bit far away so it wasn't the most exciting photo!)
Posted by sam at 1:23 AM