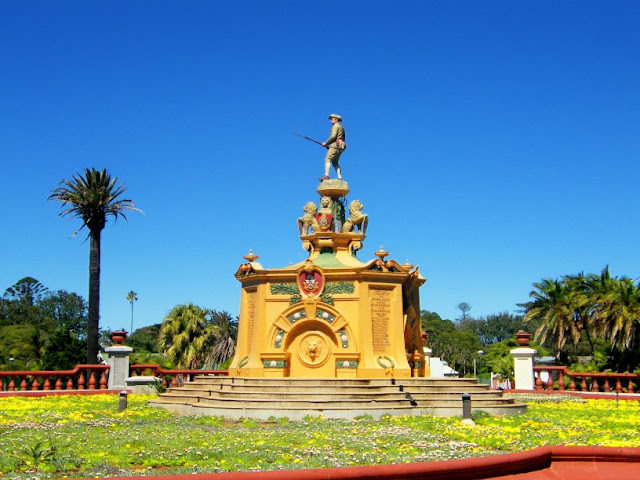 The Prince Alfred's Guard Memorial stands in St Georges Park and was erected in 1907 in remembrance to men from the guard that died in four different wars. On each of the four corners of the base of the memorial is a tablet bearing the names of officers and men who fell in the Transkei War, 1877 ; Basutoland War, 1880-1881; Bechuanaland War, 1897; and the Anglo Boer War 1899 - 1902. At the foot of each tablet is a laurel wreath.

On the top of the central pedestal is a life-size figure of a sergeant-major of Prince Alfred's Guard, in full dress and standing at the "charge" and immediately below him are four lions, each holding a shield.

The Memorial is situated on top of Port Elizabeth's second oldest water reservoir.
Posted by Unknown at 6:00 PM