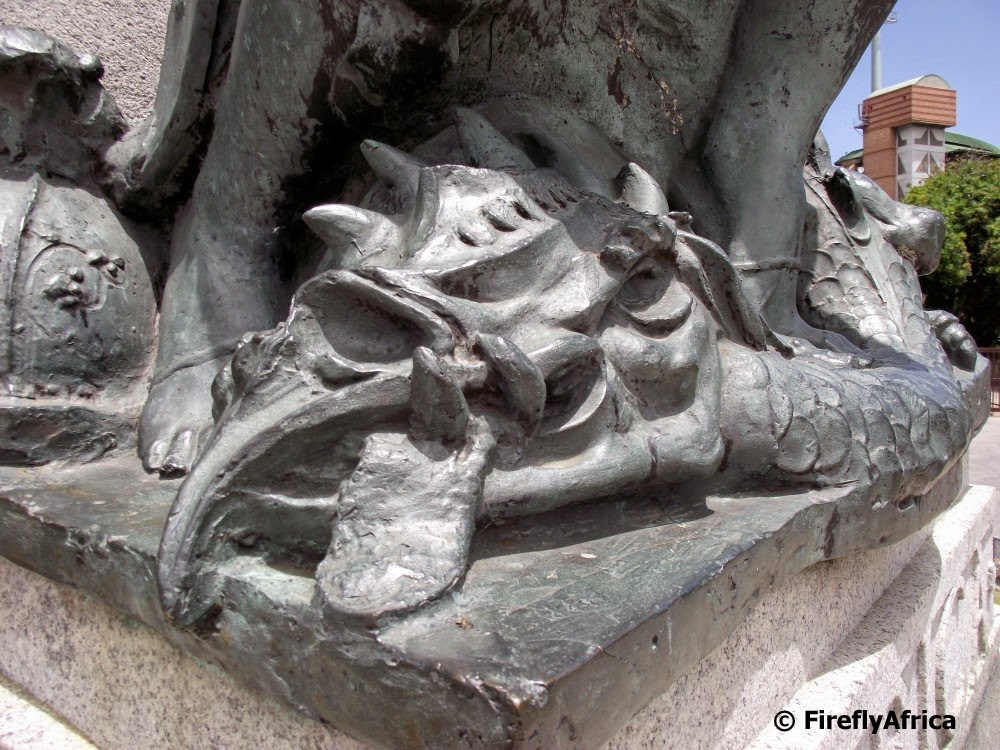 The Cenotaph outside St Georges Park was unveiled in 1929 and was erected to the memory of the men from Port Elizabeth that fell during the First World War.  After the Second World War memorial panels were added to the walls.  The memorial was the work of James Gardner of the Art School.


On two sides of the memorial are different figures - one representing a mother and child and the other St George.  The woman, or warrior's wife, symbolises the protecting of the home, and St George who has done his duty by crushing the evil threatened to our homes.  The mother is seated and has gathered the child in her arms for protection, whilst on her face the expression is of the calm and pure honesty of purpose.  St George is unbuckling his belt and throwing off his equipment, having obtained his objectives.  I specially like the fact that the dragon is lying there with his tongue out after being killed.
Posted by Firefly the Travel Guy at 2:30 PM