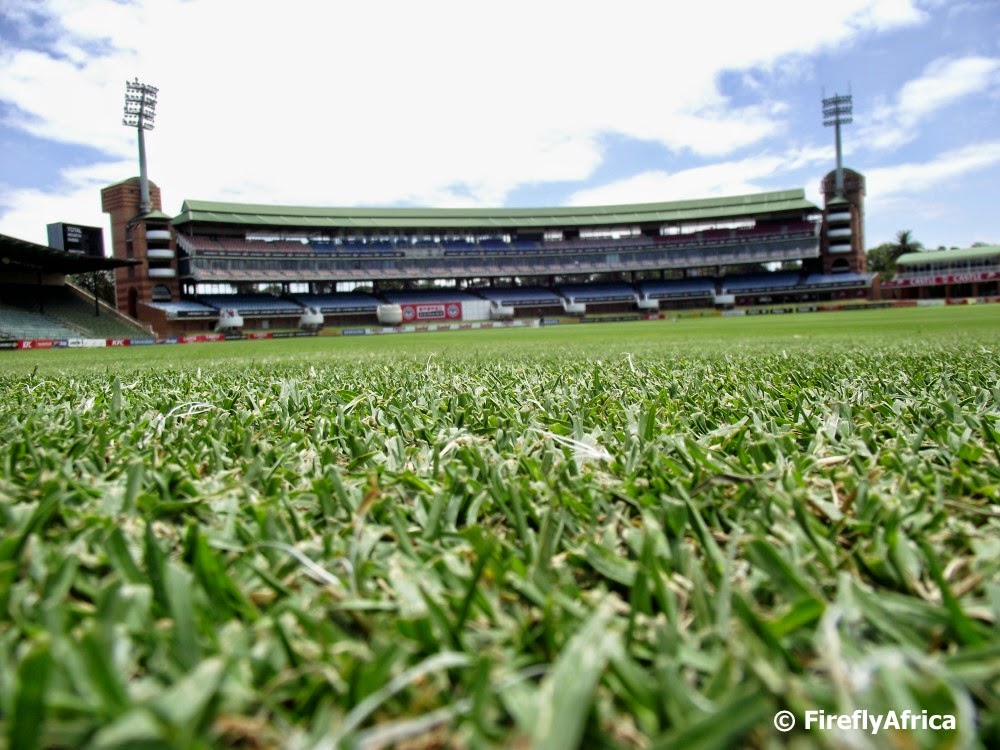 I took a walk around Park Drive a day or two before the cricket test between South Africa and the West Indies were due to start and decided to pop into the St George's Park Cricket Stadium quickly.  I love the fact that one can get in and right onto the field without anybody stopping and questioning you.


St George's Park staged the first cricket test to be played outside England or Australia in 1888-89 with England winning by eight wickets.  In the 1969-70 season it hosted the final Test before South Africa's 21-year isolation.  The field also staged South Africa's first rugby international, also against England, in 1891.
Posted by Firefly the Travel Guy at 2:30 PM