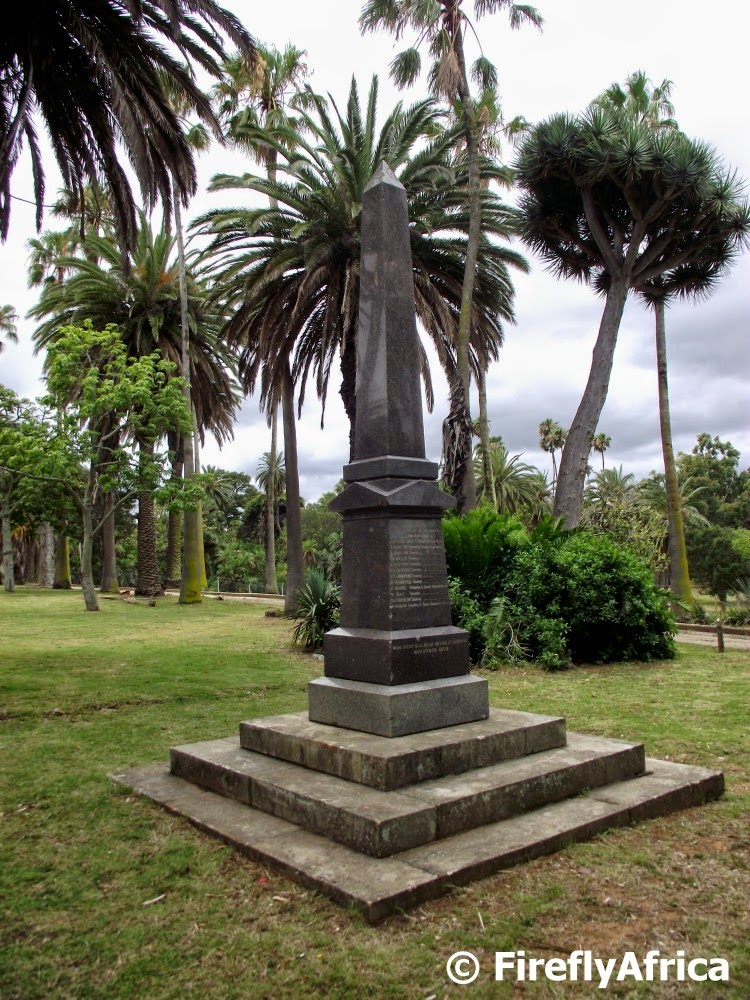 In Magennis Park just off Church Road (Graaff-Reinet Road) in Uitenhage is a monument that seems kinda out of place in this part of the province.  It's a memorial commemorating those who died in the  Morosi Mountain and Basuto Campaigns of 1879 and 1880-1882.

Morosi's Mountain was the name given to a fortified mountain in the Drakensberg mountain range on the banks of the Orange River in southern Basutoland (modern day Lesotho).  This was the site of a siege during the Gun War, also known as the Basuto War.  It was given the name Morosi's Mountain after the Chief of a local tribe, who, after committing acts deemed as hostile to the Cape Colonial administration, fortified himself on the mountain.  The Gun War itself was the 1880-1881 conflict in the British territory of Basutoland (present-day Lesotho) in Southern Africa, fought between Cape Colony forces and rebellious Basotho chiefs over tribal rights.
Posted by Firefly the Travel Guy at 2:30 PM