The woman with the chair 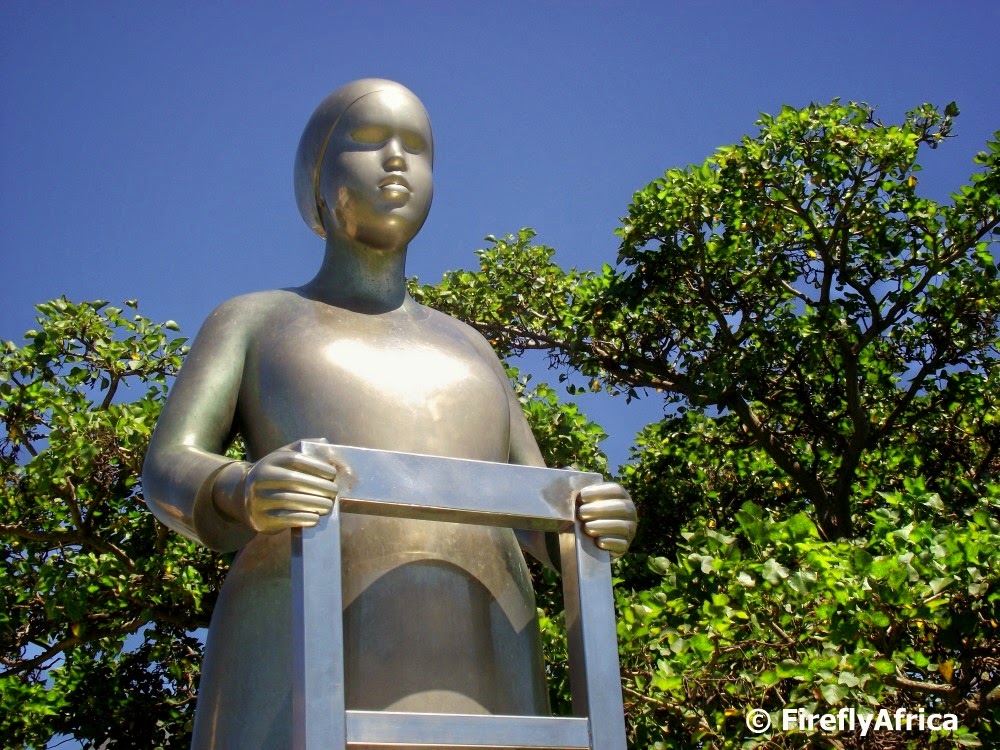 Route 67 around the Donkin Reserve has some really interesting art pieces ranging from real taxi's mounted on a wall to the 470 square meter Piazza Mosaic next to the Pyramid.  Then there's also the Voting Line with Madiba's figure at the front standing under the tallest flag pole in South Africa sporting a 10 m x 15 m South African flag.

Looking across the reserve towards Algoa Bay stands a lone female figure on a pedestal. (Shouldn't men put all women on pedestals?)  On closer inspection it becomes clear that the figure has no distinct features and that is the way artist Anton Momberg intended it.  The sculpture was left untitled by the artist so that it could become a conversation piece rather than a conceptually specific entity.  This means that she could actually represent all women in Nelson Mandela Bay.  KhoiSan and Xhosa women from the time when Dias first discovered Algoa Bay, the British Settler women who arrived in 1820 or the high powered modern business women and the humble domestic worker of today.  Black, White, Coloured, Indian, Asian, no matter who.
Posted by Firefly the Travel Guy at 2:30 PM