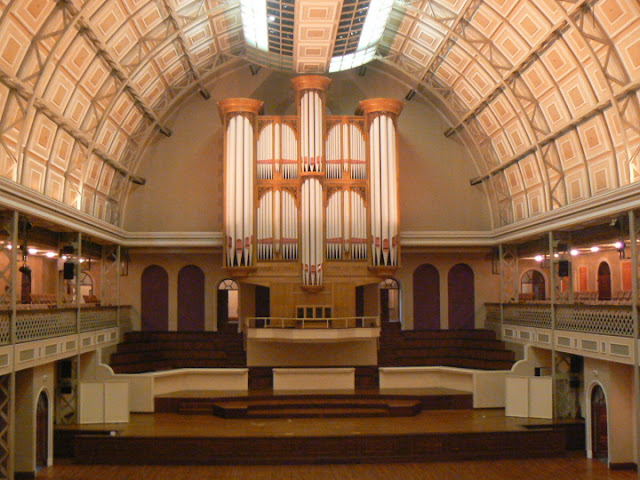 In PEs early days, it was the major port for the export of hugely popular ostrich feathers. The ostrich industry was thriving, and a huge hall was built close to the harbour at which the feathers were auctioned. Over the years the industry declined, and the hall was used for concerts and other public gatherings. When we moved here in the late 70's we went to a Janis Ian concert there (remember Fly too High, and at 17?), at that stage it was quite run down, and the accoustics were terrible, not to mention the pigeons who roosted in the roof and pooped on the audience! Then shortly after that it was renovated, with acoutstic tiles on the roof, and is now a very successful conference centre.