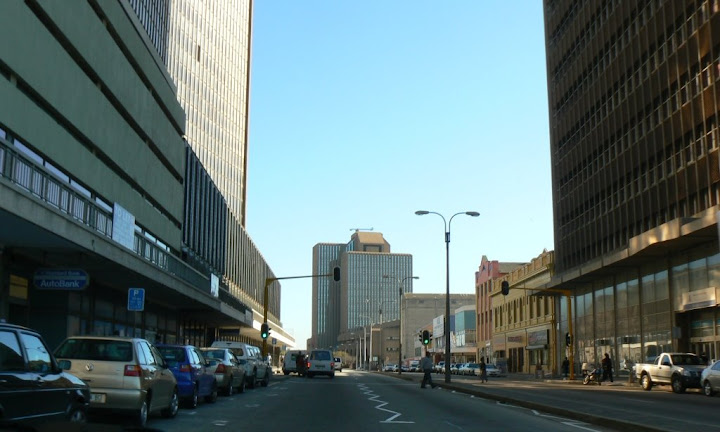 This is Govan Mbeki Avenue (named after the father of our current State President) which used to be called Main Street. In fact, long before that, it was divided into 3 sections and the bit between the Town Hall and the bottom of Russell Road was called Queen Street. From Russell Road to Albany Road it was called Princes Street, and from Albany Road to the fork where it became the Grahamston Road, it was called Adderley Street. High rise municipal and Government buildings were put up in the 70s and 80s. To the left is the Eric Tindale building which houses the municipal offices, and the one which stands on the bend in the road, so it looks as if it is in the middle is the Main Post Office building. Unfortunately many were built at a time when architecture was not very inspired, to me a lot of them look like giant oxo cubes! To the righ, next to the modern high rise, is one of the original old buildings from the early years of PE's development.
Posted by sam at 5:04 AM