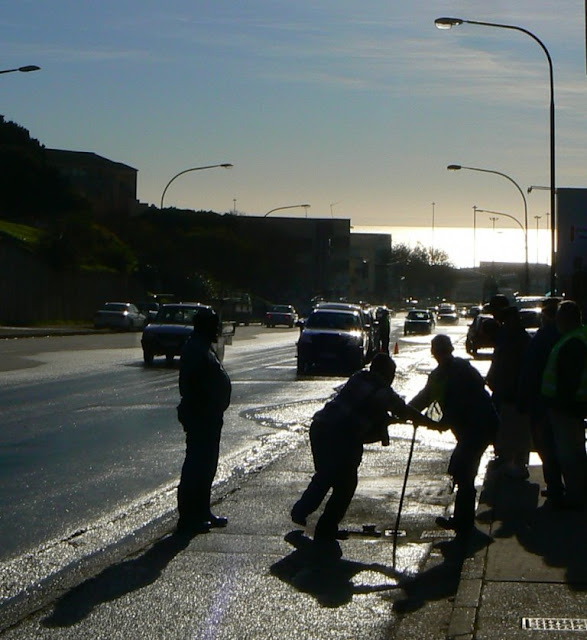 A water pipe burst in Albany Road (one of our main arterial routes leading to the sea) last week. Apparently it created a stir in the early morning traffic. By the time I got there an hour later, the Municipal workers were hard at work trying to sort it out. It seems to have undermined the subsurface under the tar, and later in the day a truck sank into the hole and ended up with its tail in the air (a bit of a bummer for the driver, hehe). The bright white patch you see in the background is the sea, the sun was still low and glancing off the water in a dazzling glow.