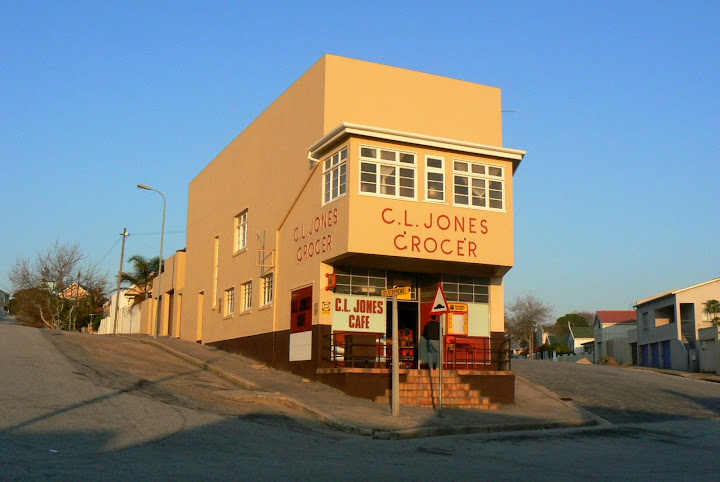 This little cafe, round the corner from our house, is one of that dying breed of old fashioned family stores, which sell everything. You can't imagine how it all fits into the small space, but no matter what obscure item you ask for (enamelled coffee cup, paraffin lamp, fishing tackle, you name it) they seem to have it in stock.

It is in Richmond Hill, and as you can see from the architecture, was built some time in the 1930s. It literally is a corner store, built on a narrow triangular plot at the intersection where two streets run down the hill into another. So it is on the corner of 3 streets! It is still owned by members of the original Chinese family who started it. Last year the owner gave me copies of two treasured old family photos, which were taken in 1960. As you can see, aside from the Pepsi sign on the top, it has barely changed after all these years. 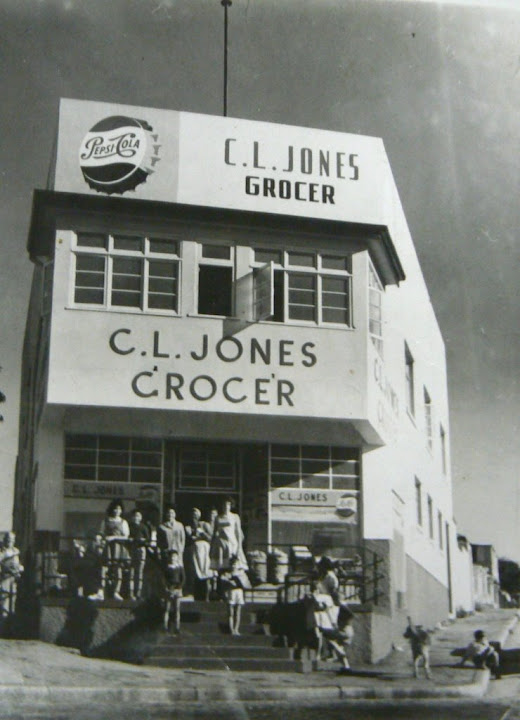 This one shows the whole family of the current owners (the man on the right was her father-in-law who owned the shop then, and the girl next to him was still at school then and is now 61! 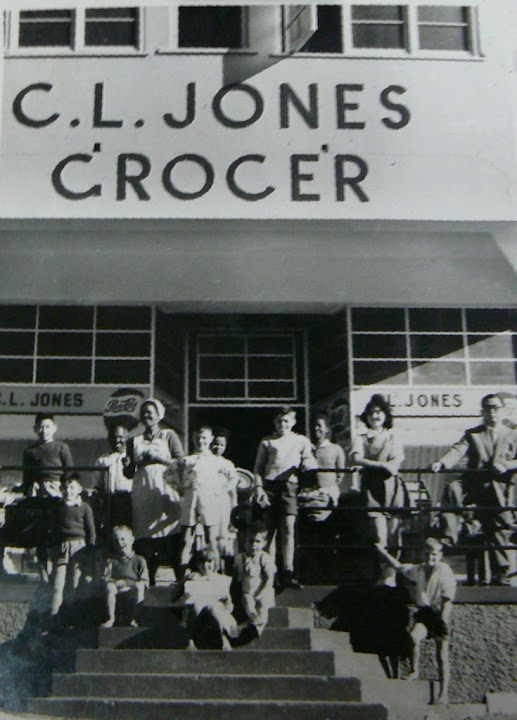 Many other Cities around the world are participating in this theme day.
Click here to view thumbnails for all participants