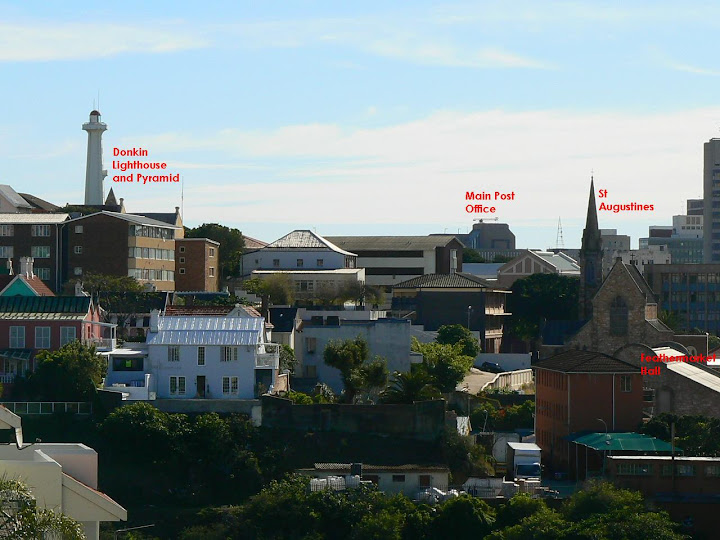 Continuing our look at PE's eclectic skyline, from the same viewpoint as yesterday's photo, but a bit to the West, you see another iconic landmark which we have featured before, the Donkin Reserve, with its lighthouse and pyramid. You also see a mixture of some of the earliest residences in town, mixed with more modern (30s to 60s) blocks of flats. In the far background, the ugly new post office building, (which blocks many potentially sweeping views of the bay from Richmond Hill!) on the old Main Street, now called Govan Mbeki Ave, which runs parallel to the coast. To the right is the main Roman Catholic Cathedral in town, St Augustines, and the peach coloured gable wall to the left of that, with white trim, belongs to the old Opera House. The curved stone gable wall in front of the cathedral is part of the Feathermarket Hall where auctions of ostrich feathers were held in the early days.
Posted by sam at 5:48 AM