Yesterday flags in South Africa flew at half mast in honour of Helen Suzman, who for many years was the lone opposition voice in Parliament, speaking out against Apartheid. She died last week at age 91, and leaves behind a proud legacy. 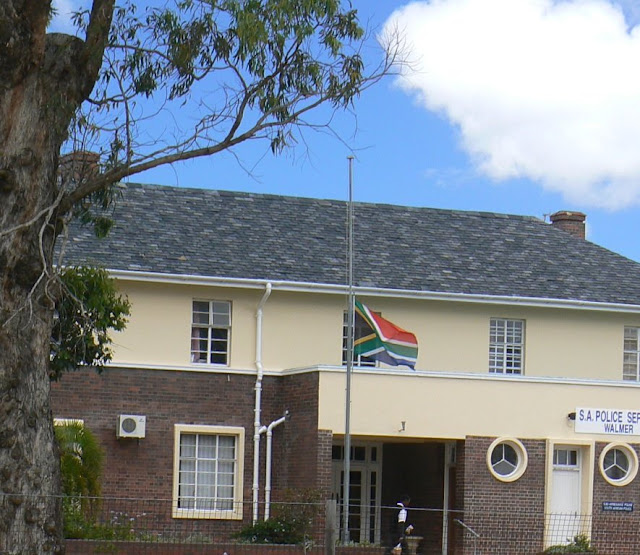 Helen Suzman has always been a hero in our eyes, the way she bravely stood her ground when all those Nat chauvinists were giving her a hard time, yet never lost her dignity or humanity or integrity was so inspiring! It is very seldom that we will feel much sadness in the passing of a politician. We generally view them as a self serving bunch at best, but there are some glowing exceptions, people who have used their power to really make the world a better place. Helen stood shoulder to shoulder with Nelson Mandela as one of those. (Metaphorically at least, in reality he is tall and she was tiny!) I hate to think where this country would be now without their influence and contribution.
Posted by sam at 10:00 AM