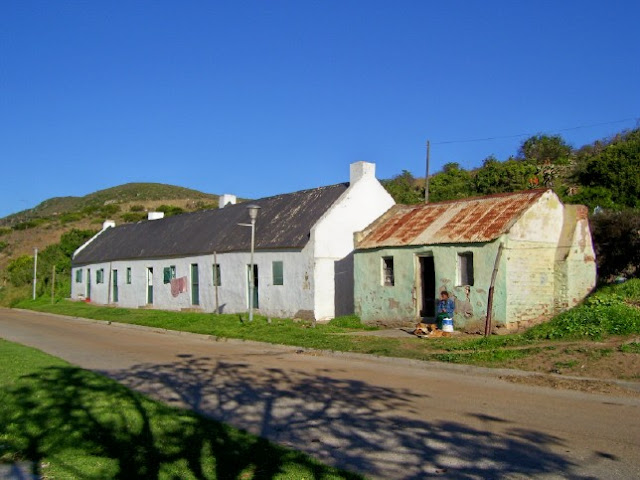 Bethelsdorp in the northern areas of Port Elizabeth was founded as the first mission station in the Eastern Cape by London Missionaries Van der Kemp and Read in 1802. They convinced the Colonial government of the Cape to establish a settlement for the indigenous people on educational, religious and social ground. The Almshouses built in 1822 was part of the Mission Station and can still be seen just behind the Van Der Kemp Memorial Church. An interesting feature of the Almshouses is the original cornerstone which is still visible.
Posted by Firefly the Travel Guy at 5:40 PM

Email ThisBlogThis!Share to TwitterShare to FacebookShare to Pinterest
Labels: bethelsdorp