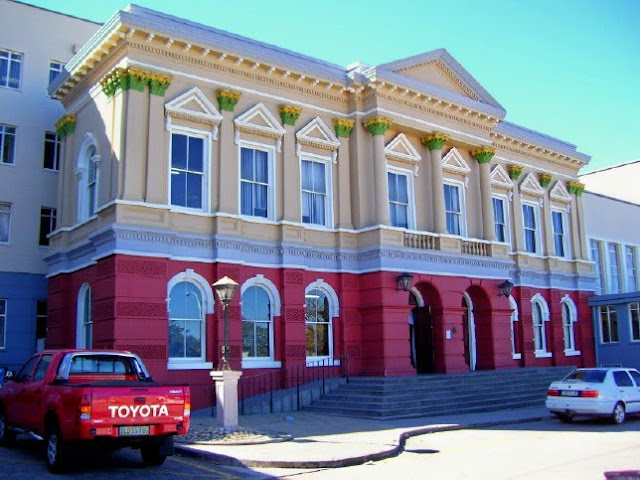 The Uitenhage Town Hall, built in 1822
Towards the end of the 18th century settlers settled in the Swartkops River valley. Amongst them were and Gert and Johanna Scheepers who's farm De Rietvallei was the site of what was to become the town of Uitenhage.
Known as the Garden Town, Uitenhage was originally a farming community on the banks of the Swartkops River. Which as today grown into a thriving commercial and industrial area without loosing its picturesque charm. Situated only 30 km from the coast. It was founded in 1804 and is named after commissioner General J.A. Uitenhage de Mist.
Posted by Unknown at 7:34 PM