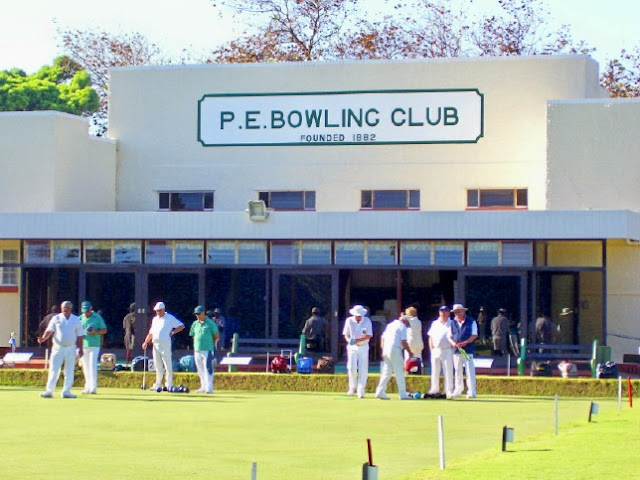 The Port Elizabeth Bowling Green Club, the oldest in South Africa, was founded on August 14, 1882. The first lawn, or "green," as they are known by the bowling fraternity, was opened on January 5, 1884 in the picturesque setting of St George's Park. The second green was opened in 1887 followed by a third (1896) and fourth green (1926).
The first South African Inter-Colonial contest took place in 1894 between Port Elizabeth and Kimberley.
Not only is the club an adornment to the city, but it is the envy of bowling clubs all over. The setting in the middle of St Georges Park and surrounding by the park's vegetation must make it one of the most beautiful setting for a bowling club in South Africa, if not anywhere.
Posted by Firefly the Travel Guy at 7:04 PM

Email ThisBlogThis!Share to TwitterShare to FacebookShare to Pinterest
Labels: sport