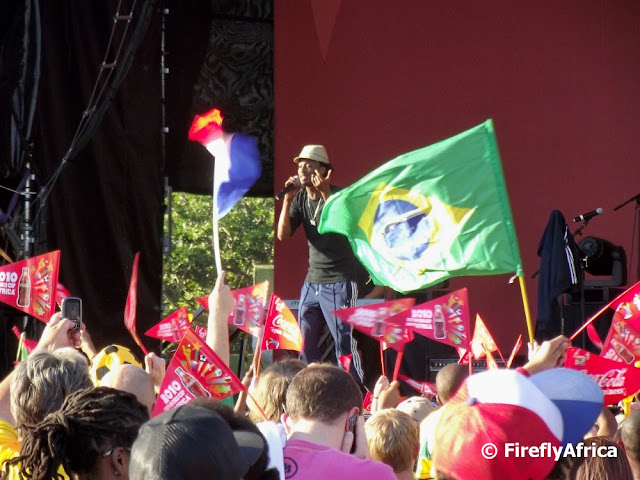 Although the official theme song for the 2010 FIFA World Cup is Shakira's Waka Waka, the song that have grabbed the imagination of the people is K'naan's Wavin' Flag. The song was chosen by Coca Cola, one of the official global sponsors of the event, to be their theme song for the World Cup. K'naan performed at the FIFA Fan Fest last Friday and drew in thousands of people wanting to hear him sing "the" song. In his own words, "I would never have thought while sitting in a little room in my house and writing this song that it would get so out of control. It's even been translated into Chinese!"