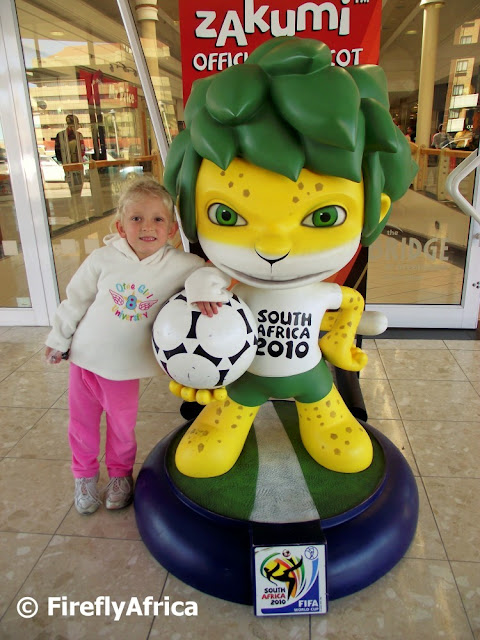 Every FIFA World Cup has its own mascot decided on by the country hosting the event. The mascot for the 2010 FIFA World Cup is a green haired leopard called Zakumi. His names comes from "ZA" which is the international abbreviation for South Africa and the "kumi" which means "10" in several African languages and refer to 2010. On Saturday we visited Greenacres Shopping Centre here in Port Elizabeth and found a Zakumi figure at each entrance. Drama Princess just loves him and I had to get a pic of her with him.

For more info on on Zakumi go to Wikipedia or FIFA.