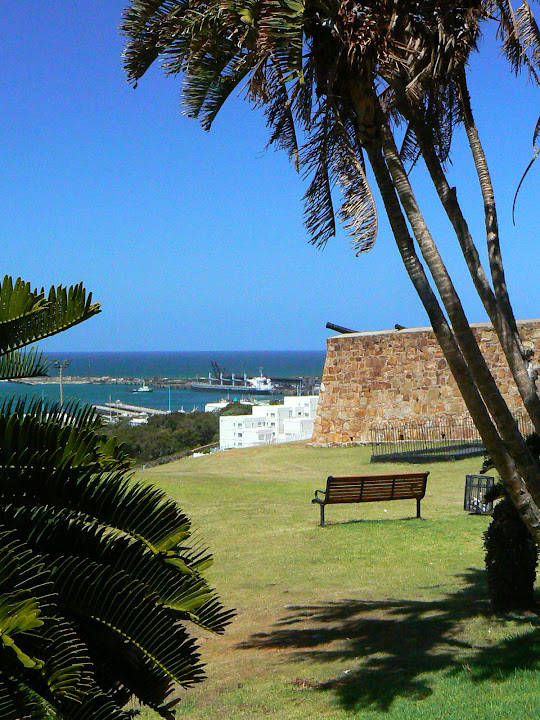 Fort Frederick is the oldest building in Port Elizabeth. It was put up in 1799 as a defense of the only safe anchorage on the South Eastern coast during the war against the French, and was garrisoned until 1862. However in all that time, a shot was never fired in anger from the canons which still peep over the walls. It has commanding views of the harbour and the Baakens Valley, looking across to South End. The grave which you can see behind the trees is that of Captain Francis Evatt, who died in 1850, after serving as Comandant of Fort Frederick for 34 years. He was in charge of the landing of the 1820 Settlers who, according to his headstone, were "treated by him with the greatest kindness and hospitality."
Posted by sam at 1:00 AM