Rainy Day in the Bay 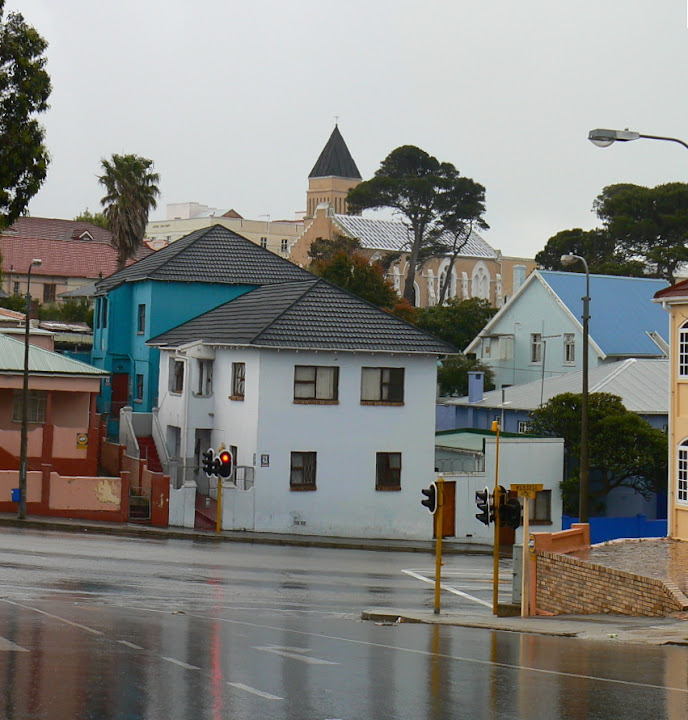 Taken from Central, looking towards Richmond Hill, with the old historic settlers graveyard to the right, and below the church whose steeple you see here. Many of these are the original buildings from the late 1800s. This was one of the earlier parts developed when the city was established.

The road running downhill, left to right is known as Russell Road, after the then Governor of the Cape Colony, Lord Russell. It was formerly a steep river valley with cliffs along part of it, called Hyman's Kloof after one of the settlers who landed here in 1820. The pools along the river were a favourite place for truant schoolboys to hide out in the mid 1800s. The land that some of these buildings stand on was sold off to raise funds for the construction of the road.
Posted by sam at 4:54 AM