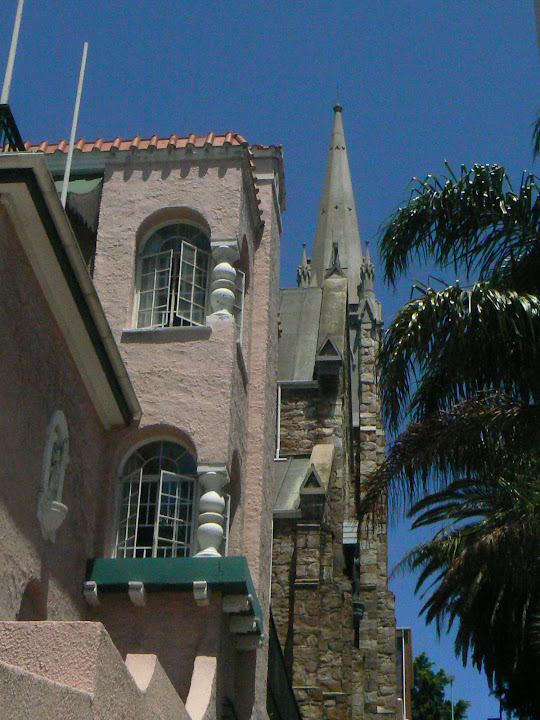 This is St Augustines Catholic Church, just off Market Square in the City Centre. It is built on a steep cliff face on the side of one of the streets leading up the Hill to Central.
The foundation stone was laid in 1861, and the steeple completed and the church consecrated in 1866. It became a Cathedral in 1939. In 1897 Frances Livingstone Johnston, a pyromaniac, attempted to set it alight, but fortunately failed. She succeeded in burning two down other churches (which we will show you in coming weeks) and was arrested and sent to Robben Island, where she also set light to the Government offices while the officials were attending an evening party.
Posted by sam at 9:34 AM