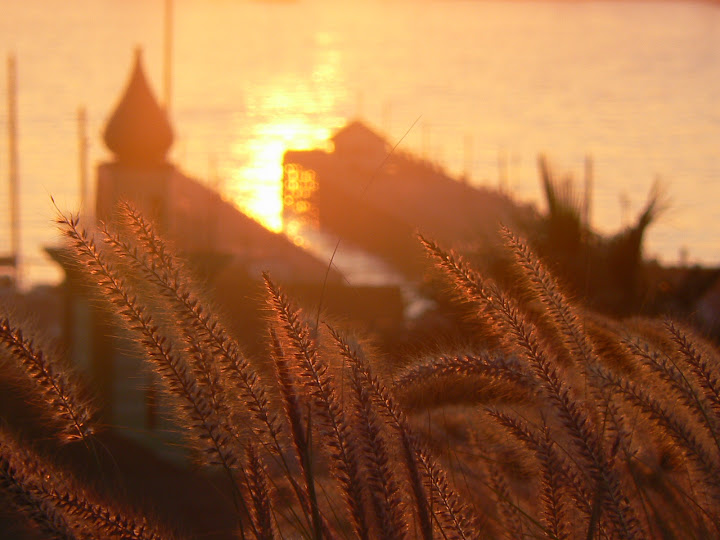 Last week I briefly mentioned South End in Port Elizabeth, when I showed the ruin of the old St Peters Church. It used to be a thriving racially mixed community, with blacks, whites, coloureds, Indians and Chinese all living harmoniously together. Muslims, Christians and Hindus all had their places of worship near each other, and there was a great sense of community about the place.

That is, until the Apartheid travesty of the Group Areas Act was passed, and in the '60s and '70s, the area was cleared out and bulldozed to the ground, and the people forcibly removed to racially segregated areas way across town. Because mosques are considered Holy Ground, the authorities agreed not to demolish them, and so this is the Pier street mosque, now standing lonely and isolated on the foreshore in the harbour area, separated from the former South End by the freeway that now runs along the shore to Humewood. It is seen here at sunrise, and we were up on the hill at South End overlooking the Harbour.

If you want to read more, I did a post on this and also some background to yesterday's beach shot, when I went looking for dolpins HERE.
There is also a post on the fascinating South End Museum, which we are sure to feature here soon. (They were very chatty posts with all sorts of other stuff going on, but just look out for the South End bits if you are in a hurry!)
Posted by sam at 6:21 AM