Yesterday the third leg of the Cell C Tour of South Africa cycle race took place in and around Port Elizabeth.  The 177 km leg started at the Nelson Mandela Bay Stadium and took them out past Motherwell and around the Addo Elephant National Park.  From there the riders headed back to the city via Colchester before tackling a couple of steep climbs around Central and South End.  I was waiting for them just before the finish line at Humewood on the beachfront.  We've been having very nice weather lately, but the wind came up on cue and decided to remind all why Port Elizabeth is also called the Windy City (how I hate that name), and the riders had the endure hot and windy conditions.  The leg was won by Yohann Gene of France in 4:05:27, followed by Johann Rabie of South Africa and Gregory Habeaux of Belguim.  All in all the day went of very very well and was a showcase of the city's capabilities of hosting events like this. 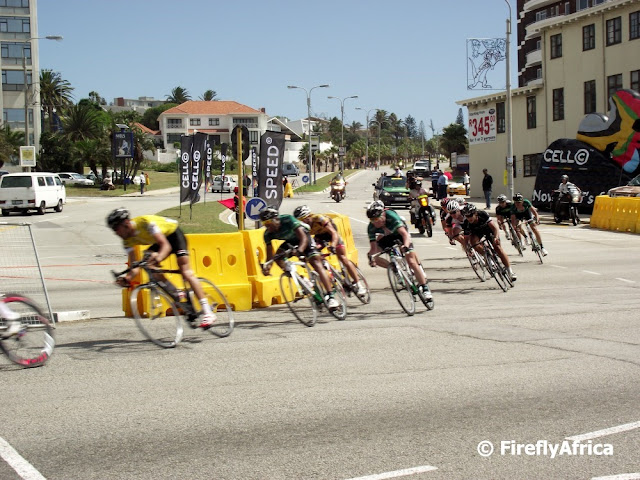 The leading group taking the last corner into Marine Drive 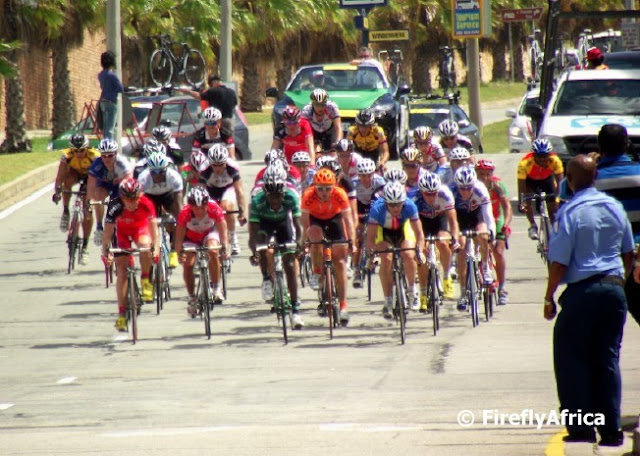 The chasing bunch was only a minute or so behind... 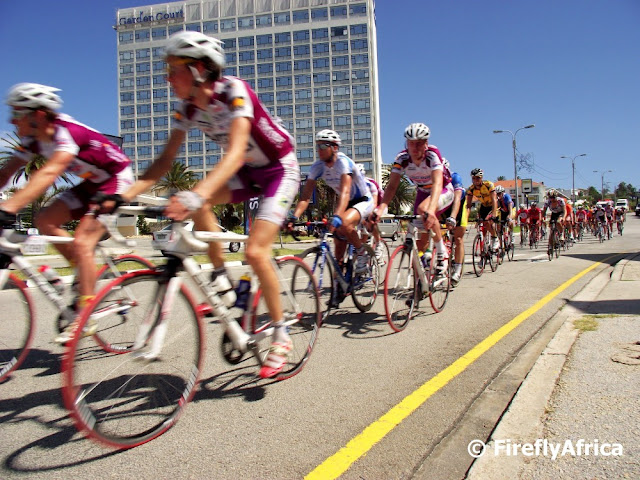 ...with the peloton a couple of minutes behind them.
Posted by Firefly the Travel Guy at 12:30 PM

Email ThisBlogThis!Share to TwitterShare to FacebookShare to Pinterest
Labels: sport